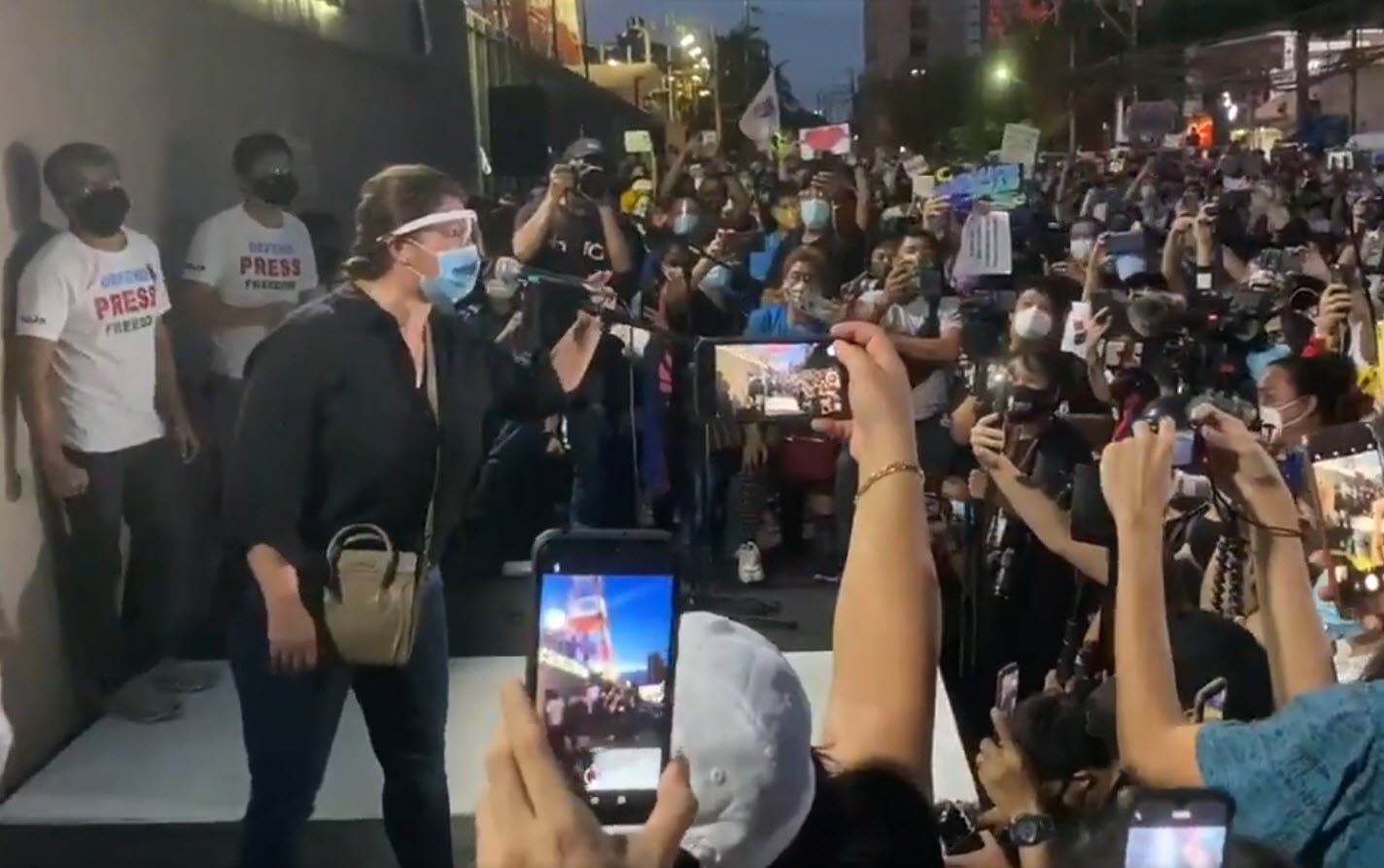 During the rally of ABS-CBN employees and some celebrities on Saturday night, July 18, following the network’s shutdown, Angel Locsin delivered an intense speech expressing her anger towards a number of Kapamilya stars who became rich and famous because of the network but chose to remain silent after the Congress killed its franchise.

Check out the video tweet of ABS-CBN news below:

The noise barrage protest on Saturday was participated mostly by ABS-CBN employees who lost their jobs because of the franchise denial but some Kapamilya artists were also spotted at the venue. The celebrities who joined the rally are Jake Cuenca, Maymay Entrata, Edward Barber, Enchong Dee, Kathryn Bernardo, Daniel Padilla, Jona, Beauty Gonzales, Mylene Dizon, Alex Gonzaga, and Toni Gonzaga.