Following ATEEZ’s highly successful ‘ZERO : FEVER Part.2’ release in March, the global K-Pop group arrives today with ‘ZERO : FEVER Part.3’, the third installment to their “FEVER” series. If the second installment was about reigniting the burning passion of the youth, then their newest release will tell a story of how the youth’s memories and passion will forever remain eternal. Comprising six tracks in total, ‘ZERO : FEVER Part.3’ presents an EP in which ATEEZ members HONGJOONG and MINGI have taken a hand in co-writing the lyrics. The EP will be fronted by two A-side tracks, ‘Eternal Sunshine’ and ‘Deja Vu, where ‘Deja Vu’ will serve as the leading track of the two as decided through their “ATEEZ NEXT SONG” project. 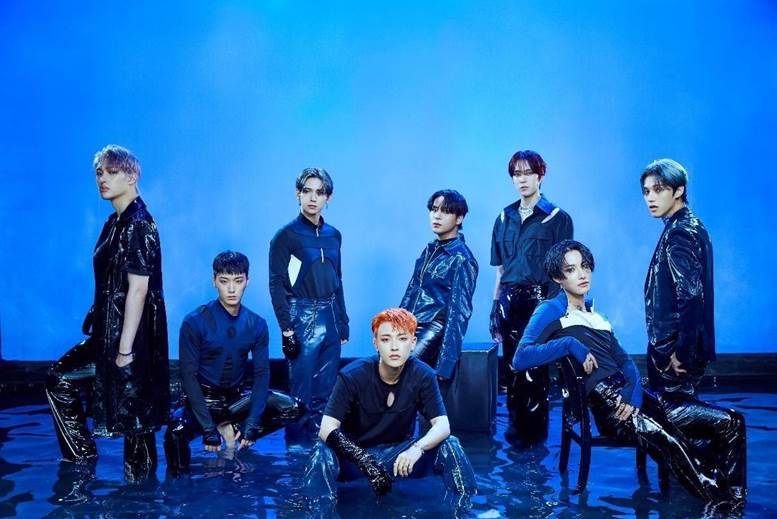 ‘ZERO : FEVER Part.3’ opens with a bright and refreshing synth-pop song ‘Eternal Sunshine’ that sings of the beauty of youth which is then followed by tropical dance pop song ‘Feeling Like I Do’, containing the message of being together and not alone. Flitting into a more mysterious and atmospheric tune, ATEEZ introduces their lead single of the EP, ‘Deja Vu’, which was voted by their fans and global artists. ‘Deja Vu’ is a synthesizer infused rhythmic, contemporary dance pop, expressing the unstoppable thirst and longing for the unknown.

Inspired by the ROCKY film, the fierce fourth track “ROCKY” highlights the victory and determination of an underdog. The song is co-composed by ATEEZ member HONGJOONG, while featuring lyrics that are also co- written by HONGJOONG and MINGI. Nearing the end of the track list, they present ‘All About You’, a lyrical contemporary R&B track, and finally closes their third installment of the “FEVER” series with ‘Not Too Late’, an emotive song delivering a comforting message to the youth that are anxious about the unknown future.

Meanwhile, ATEEZ has carried out their “ATEEZ NEXT SONG” project involving not only their fans worldwide but artists to directly vote for their next lead track to front their newest release. Internationally renowned artists such as PSY and Pentatonix’s Scott Hoying have joined to cast their vote. Prior to this release, ATEEZ had even collaborated with Pentatonix where their members YUNHO, SAN and JONGHO have featured in

Pentatonix’s remix of ‘A Little Space’. With strong international presence, the octet continues to rapidly solidify their career as one of the K-Pop groups to watch as they reach one milestone after another through their impactful performances and distinct storytelling.

ATEEZ made their debut in 2018 with 8 members that sport their talent as individuals, as well as their synergy as a group with other members. The name ATEEZ is short for “ATEEnagerZ,” meaning they will show

everything about the teenagers from A to Z. With their unique storytelling, quality music and powerful music, ATEEZ has built a strong international following and presence, with now over 650 million streams on just Spotify alone. ATEEZ has charted #4 on Billboard’s Emerging Artist Chart and ranked No. 5 on Twitter’s most- mentioned musicians in the US. All of their EP’s have peaked in the Top 10 on Billboard’s World Album Chart.