Zack Tabudlo, the hitmaker behind songs such as “Binibini” and “Nangangamba,” has claimed the top two spots in Billboard’s newest worldwide chart ‘Hits of the World’. This weekly chart ranks the top 25 songs in more than 40 countries based on streaming and digital sales.

Zack’s song “Pano” claims the #1 spot, while “Habang Buhay” follows at #2. His other songs, “Binibini” and “Nangangamba,” also entered the chart at #13 and #18, respectively. This makes Zack the first Filipino act with the most tracks simultaneously charting on Billboard’s Hits of the World: Philippines.

Zack has also announced that he will be performing on the main stage of the Expo 2020 Dubai on Sunday, February 20th, 2022. The Expo 2020 Dubai is a World Expo that inspires people by showcasing the best of collaboration and innovation worldwide. It is currently happening from October 1, 2021, to March 31, 2022. 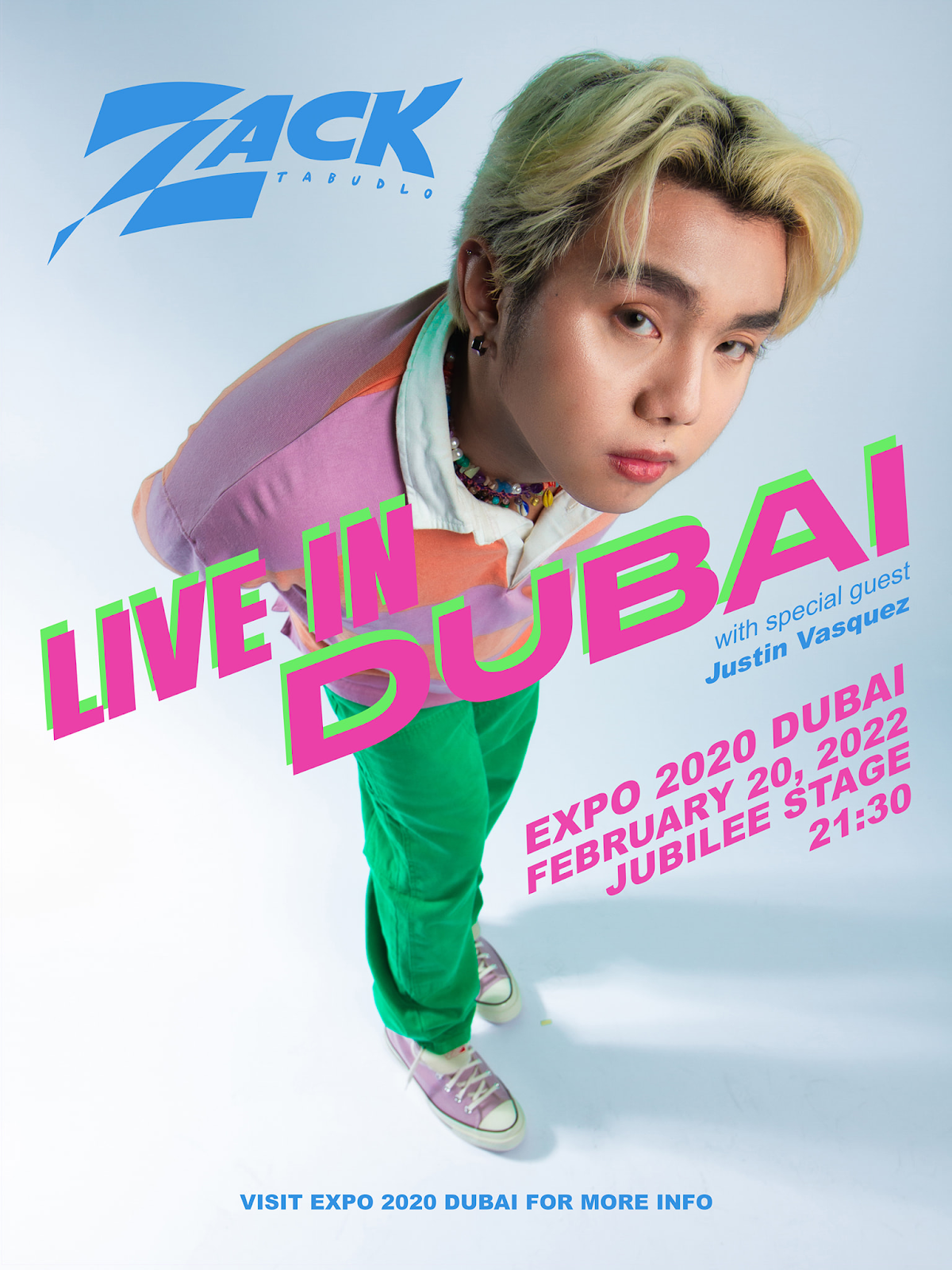