Vice Ganda was all praises for the songbayanan composed of seafarers and laundry workers who played last weekend (August 7 and 8) in ABS-CBN’s “Everybody, Sing!.” 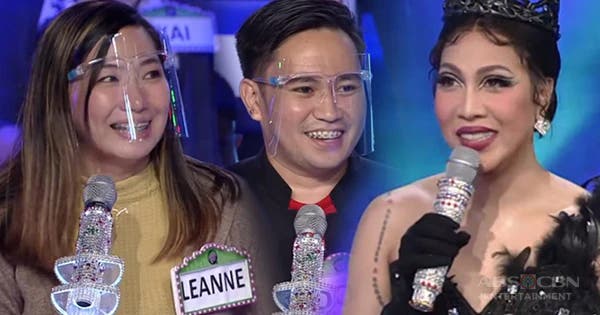 In Saturday’s episode that was seen on Kapamilya Channel and A2Z, Vice bonded with Filipino seafarers who travel all over the world just to give a comfortable life to their families.

Both groups guessed seven out of 10 song titles correctly, making each songbayanan take home P35,000 besides the individual cash prizes they won in earlier rounds.

They are now part of a pool of Filipinos whose livelihoods are affected by the pandemic that ABS-CBN’s community singing game show was able to recognize, inspire, and help.

Meanwhile, “Everybody, Sing!” continues to help different sectors whose livelihoods are affected by the pandemic. It is now searching for construction workers, national athletes, pageantry winners, stage performers, and vloggers to participate in the game show. Interested individuals may send a message to “Everybody, Sing!” on Facebook (Facebook.com/EverybodySingPH) or send an email at everybodysingsph@gmail.com. The program is also open to other communities and organizations who can form a group of 25 players.

What will be the next group that sing their hearts out with Vice Ganda? Will the next group be the one to take home the P500,000 jackpot prize? Find out in “Everybody, Sing!” hosted by Vice Ganda and featuring the resident band Six Part Invention every Saturday and Sunday at 7 pm on A2Z, Kapamilya Channel, Kapamilya Online Live, iWantTFC, at TFC.