The phenomenally successful romantic comedy series “He’s Into Her,” which streamed on iWantTFC and aired on Kapamilya Channel and A2Z, is getting a second season as the show gives all the love back to viewers, while it also broke the ticket sales record for a digital concert on online experiences portal KTX.PH by breaching the 35,000 mark. 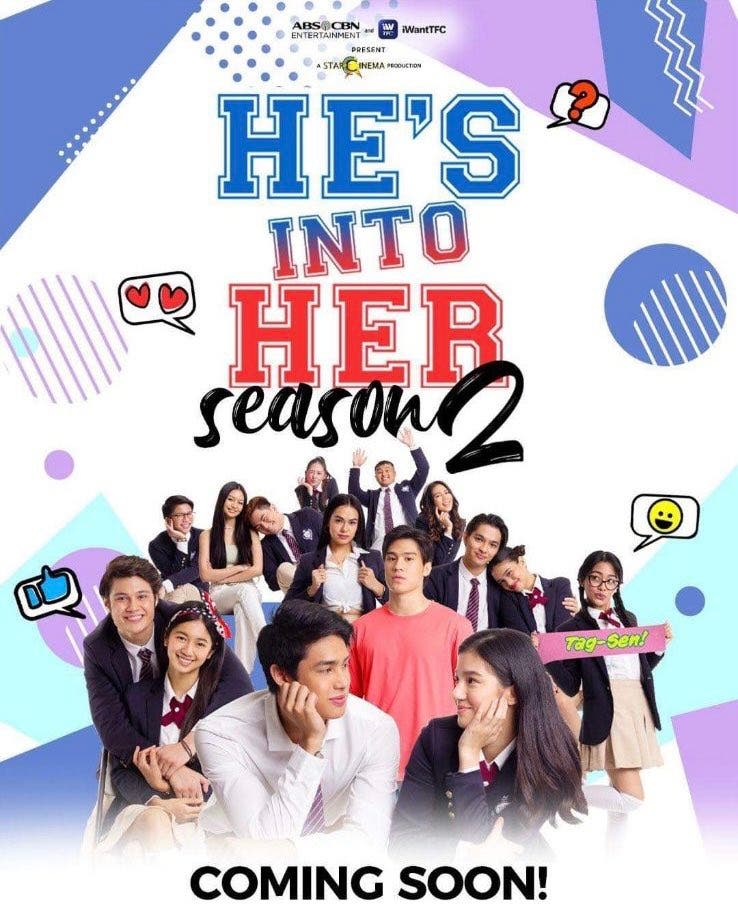 Meanwhile, KTX.PH also announced on social media that the said online event has become the most attended event on the site, exceeding the seating capacity of traditional performance venues like the Araneta Coliseum and Mall of Asia Arena.

“Aside from being the KTX.PH event with the most number of tickets sold, ‘The Benison Ball’ is inspiring because everyone in the production had the chance to entertain during these trying times, especially because the show happened on the first day of a new round of lockdown. And, it was very warmly received by our Kapamilyas, and further confirmed that, indeed, we have new stars,” said KTX.PH head of business development Gian Vizcarra.

The concert featured an opening performance from the cast led by Donny Pangilinan and Belle Mariano, followed by a dance battle between the artists who played Belle’s friends, Vivoree Esclito, Criza Taa, Limer Veloso, and Kaori Oinuma going against the mean girls, Dalia Varde and Ashley del Mundo.

The boys of “He’s Into Her” Donny, Joao Constancia, Gello Marquez, Rhys Eugenio, and Jeremiah Lisbo, on the other hand, showed their dribbling skills while dancing to the song of Inigo Pascual, “Catching Feelings.” Meanwhile, loveteams, Ashley and Gello, Criza and Joao, Kaori and Rhys, and the love triangle of Donny, Belle, and Jeremiah spread kilig with their respective song numbers.

Viewers were also entertained by the performances of Jayda Avanzado, SAB, JC Alcantara, Gigi de Lana, and BGYO. The Bearkada composed of Shanaiah Gomez, Jae Miranda, River Joseph, and Milo Elmido served as the hosts of the event.

ABS-CBN chief operating officer Cory Vidanes, ABS-CBN Films managing director Olivia Lamasan, and head of Star Magic Laurenti Dyogi expressed their gratitude to the production and viewers for the success of “He’s Into Her.”

Fans will be delighted to know that “The Benison Ball” will be available on iWanTFC and TFC on August 11 (Wednesday).

From the start, “He’s Into Her” was well-received by viewers and netizens. In its premiere last May 28 (Friday), the pilot episode catapulted iWantTFC to the top free entertainment app list in the country. It also dominated the said streaming application, remaining on top from its pilot until its finale.

Don’t miss the updates and future announcements of the second season of “He’s Into Her.”