Viewers at home can make their voices heard and win exciting prizes while watching “It’s Showtime” when they join its newest interactive game segment, “Madlang Pi-Poll,” starting this Saturday (July 24). 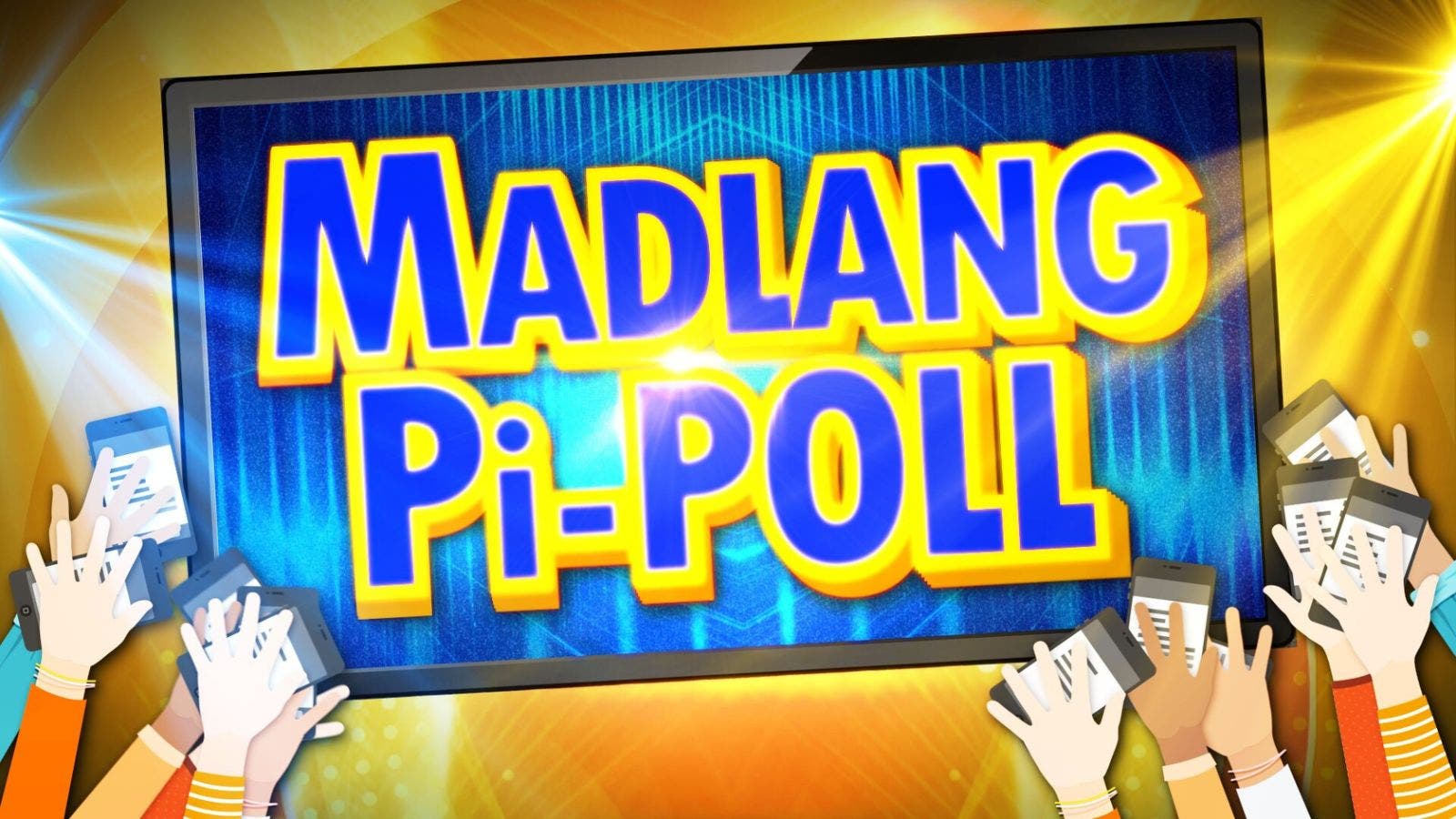 While tuning in to the live segment, viewers can join the game by using their laptop or mobile device, logging on to the link or URL that the hosts will flash on-screen, and answer the game’s poll-based questions.

A participant must be a Filipino citizen living in the Philippines, at least 18 years old, and has a valid ID.

But to qualify for the raffle draw and get a chance to win prizes, they must register and provide their full name, address, age, phone number, and e-mail address after answering the final question in the game.

Every Saturday, “Madlang Pi-Poll” will award cash prizes and special items to as many as three to five home viewers. 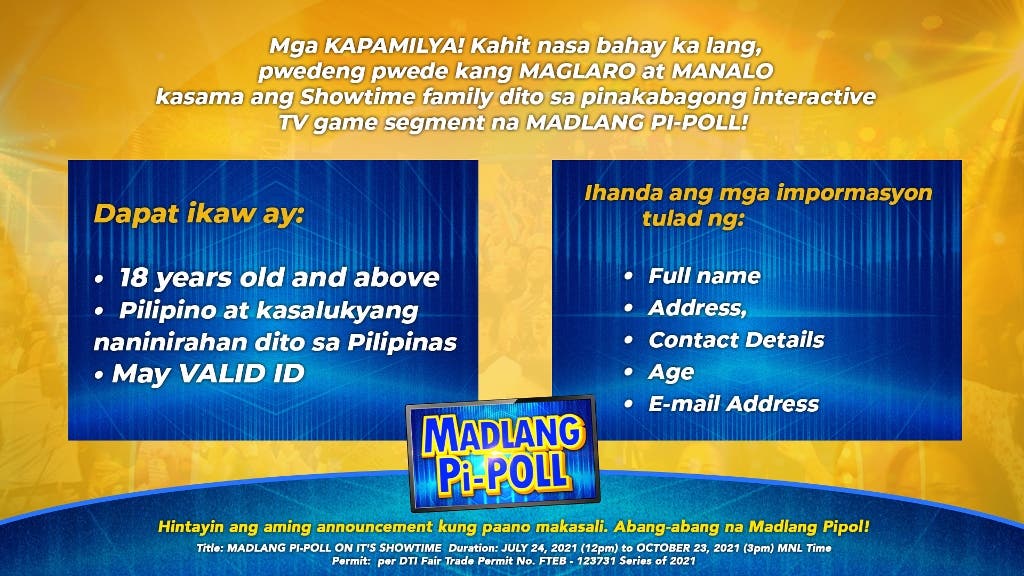 Let your voice be heard by joining “Madlang Pi-Poll” on “It’s Showtime” on A2Z channel on free TV and digital TV boxes, Kapamilya Channel on cable and satellite TV, Kapamilya Online Live on ABS-CBN Entertainment’s YouTube channel and Facebook page, and on the iWantTFC app (iOs and Android) and on iwanttfc.com. Viewers outside of the Philippines can also catch it on The Filipino Channel on cable and IPTV.