ABS-CBN Music creative director Jonathan Manalo was recognized by the National Commission for Culture and the Arts (NCCA) as one of the awardees of its first-ever SUDI Awards, which seeks to honor the most outstanding musical achievements in the Philippines in the past two decades. 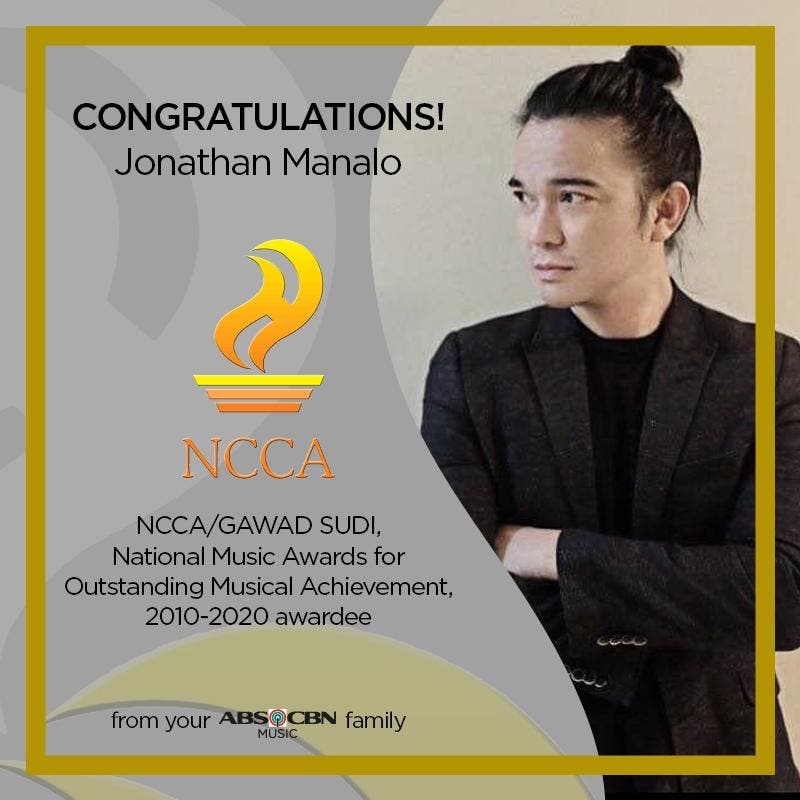 “My utmost gratitude and sincerest thanks to the NCCA and everyone in the selection committee led by our beloved National Artist for Music, Maestro Ryan Cayabyab,” Jonathan said in a Facebook post. “It is my greatest honor to belong in this highly esteemed group of awardees.”

The national music award “aims to recognize outstanding contributions of Filipino musical works, creators, institutions, and researchers across genres and modes of productions with the highest standard and artistic excellence.” ‘Sudi’ is an Ilokano adjective that means ‘illustrious renowned’, ‘celebrated’, or ‘famous’.

The SUDI Awards will hold an awarding ceremony for the honorees this 2021 that will be streamed across the NCCA’s social media platforms.