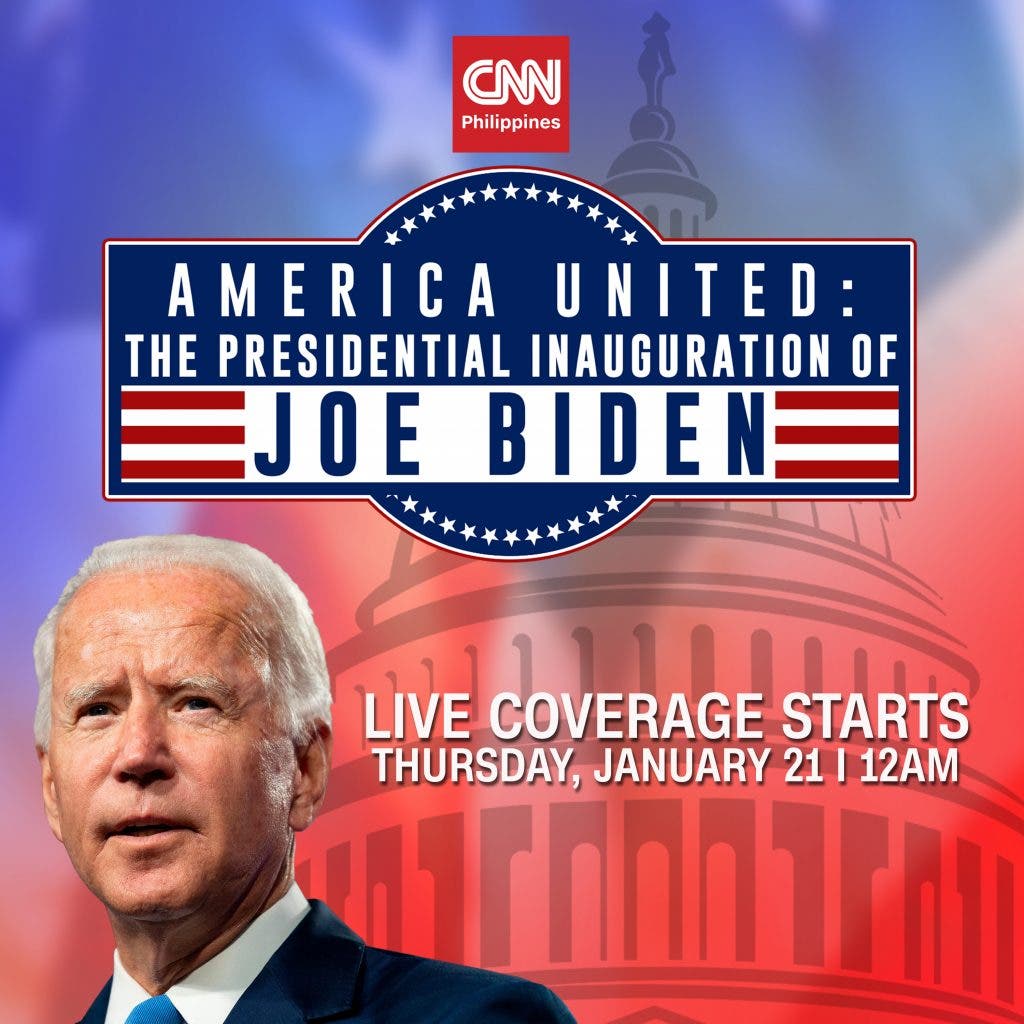 CNN Philippines gives you a front row seat to “America United: The Presidential Inauguration of Joe Biden” a special live coverage of the swearing-in ceremony of the 46th President of the United States on Wednesday, January 20th (Thursday, January 21st Philippine time). The network gives viewers unparalleled multi-platform coverage of the latest developments in the U.S. in the wake of the deadly attack on Capitol Hill in Washington, DC on January 6th.

As a CNN branded channel, CNN Philippines has a unique and exclusive access to CNN’s resources from all around the world, from correspondents, to analysts and subject matter experts, for a comprehensive coverage of global stories that matter. From the network’s daily news programs to live breaking news events, CNN Philippines will guide viewers through the significant events leading up to the day when Biden is inaugurated, along with Kamala Harris, who made history as the first female, first black and first Asian-American Vice President. The weekly program, Front and Center brings you a half-hour special on the impact of the U.S. insurrection to the long-standing relationship between Manila and Washington, and to Filipinos living in the States on Wednesday, January 20th at 7:00 p.m., with replay at 10:00 p.m.

CNN Philippines will carry the historic ceremony live on the steps of the U.S. Capitol starting at 12:00 a.m. on Thursday, January 21st. The network will also bring you reaction, insights, and analysis at 5:00 a.m. with CNN’s political team in Washington D.C.