Veganism is one of the most up-and-coming, controversial, most opposed, yet one of the healthiest ways of life on the planet. Depending on your personal experiences with veganism, you may be on the fence on whether it’s a lifestyle choice you want to take or even something you want to be thinking about. Is veganism right for you? 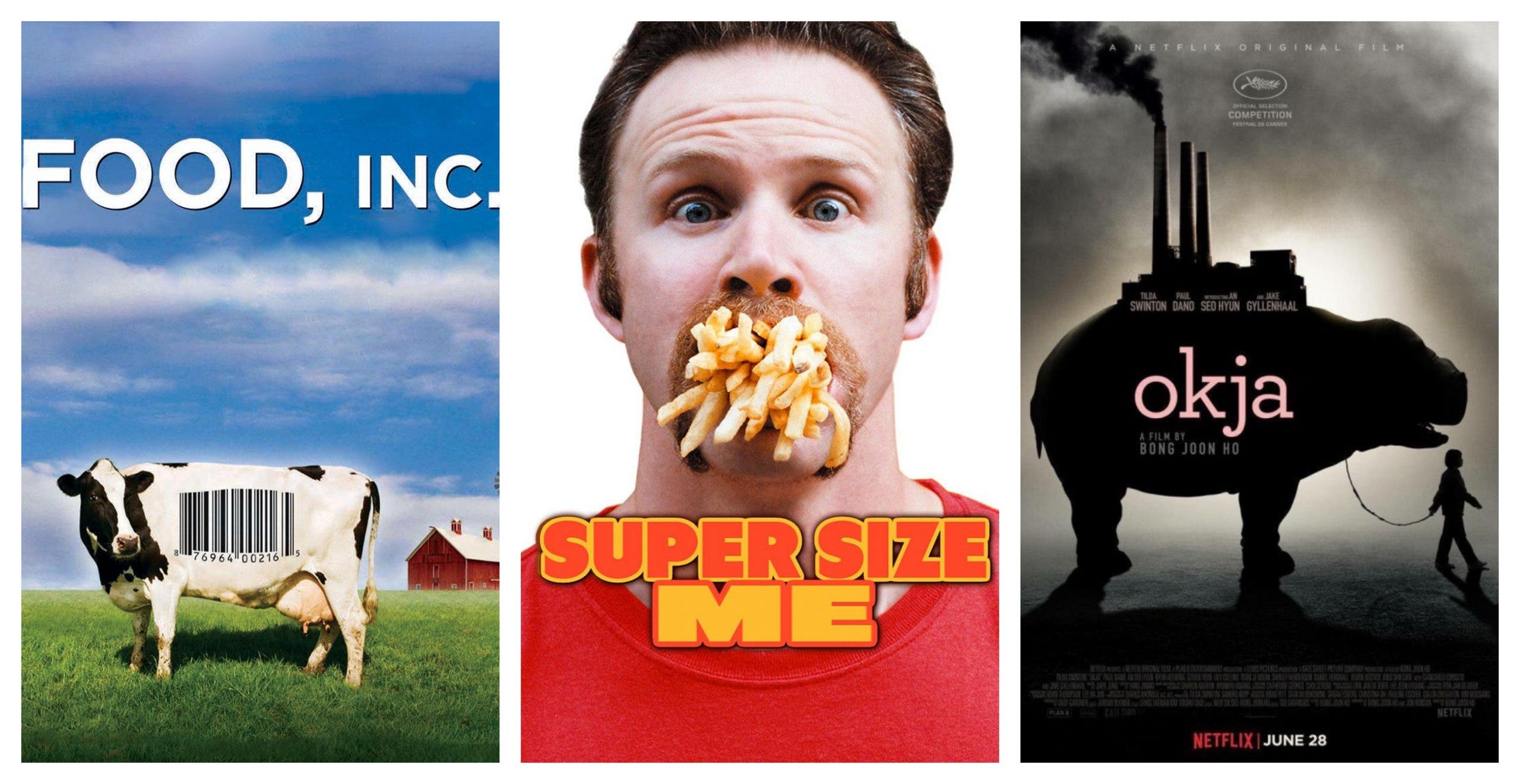 With this in mind, today we’re going to talk about the seven best films out there, both movies and documentaries that will help to confirm you or your loved ones that going vegan is the right choice to make. Be warned; some of these aren’t pretty.

While not directly about going vegan, the 2004 smash-hit documentary is undoubtedly enough to make anybody what to change their diet, especially if they’re into fast food. The movie follows Spurlock who eats no food other than choices on the McDonalds menu for one whole month.

Resulting in him gaining 24lbs, becoming depression and even sexual dysfunction throughout, this is a chilling insight into what could happen in a dystopian-like world you’re not going to want to miss.

Perhaps the most well-known and most-watched vegan documentary in the world, this crowdfunding movie was released back in 2014 and was even executively produced by Leonardo DiCaprio. Aired on Netflix a year later, the content quickly went viral.

“With a unique insight into the meat industry and some white-knuckle behind-the-scenes footage, Cowspiracy goes into all the issues, including global warming, and is a complete mind-changing package,” explains Lisa Marie, a psychology blogger at Paper fellows and Boom essays.

If you’re looking for a documentary that has a bit more grit and entertainment value to it, the horror movie Raw is one you should put at the top of your list. Hailed by critics since its release back in 2017, this movie is not only hard to watch due to the graphic scene, but also the messages underneath.

The story follows a young veterinary student who stops being a vegetarian after she finds herself developing a taste for flesh. Twisted, exciting, nail-biting, but fantastically made, this is a treat to watch in terms of filmmaking.

Another insanely impactful and hugely powerful documentary that deep dives into the meat industry to see what kind of impact the industry has on the world at a global scale. While a bit dated since being recorded back in 2008, the legacy of this movie still stands up today.

The movie looks back over the last half a century, and how the meat industry has infiltrated our everyday lives and the effect this has on everything, including the health of ourselves and the planet.

Aired in 2013, this is a unique documentary looking into dramatically rising obesity rates and the epidemic of weight around the world. The movie examines how we got here, what the dangers of the epidemic are, and what we can do about, such as adopting a vegan lifestyle.

If you’re on the hunt for a bit of a cult movie that takes vegan perspectives into account, you need to watch Okja. Aired on Netflix in 2017, the movie focuses on a friendship between a girl and her super pig, in which the movie gets its name.

“When Okja becomes the new face of a massive mass-farming process carried out by an evil corporation, and the story unfolds from here. The cast is all-star, featuring the likes of Tilda Swinton and Jake Gyllenhaal, and while a fun watch, there’s no denying that the message at the core of the movie shines through the entire time,” says Derek Turner, a lifestyle writer at Australian help and State of writing.

Last, but certainly not least, we have What the Health. Directed and produced of Cowspiracy, and also endorsed by Leonardo DiCaprio, the movie takes a different approach than the first by examining the impact of agricultural farming and finding the dangers that lie within the average American diet.

As you can see, there’s no shortage of movies out there when it comes to exploring and understanding the world of the vegan mindset. Some movies here are harder to watch than others, but whatever you watch, the messages remain clear as day and are sure to get you thinking.

About the Author: Molly Crockett is a successful lifestyle writer for Academized.com and Ukwritings.com, where she shares her unique lifestyle tips and healthcare and diet advice with her audiences through her talks and her blog. She also writes for Essayroo.com.