PhilPop has always been a reliable and trusted platform in fostering an appreciation for quality and original compositions that reflect Filipino culture, experience, and identity. This year, the country’s premier songwriting competition plans to continue its mission of promoting homegrown music on a scale that’s never been done before: by going global and forging regional ties.

With #MusicBreakingBorders as its newest tagline, PhilPop is committed to celebrating and showcasing the diverse appeal of Filipino music through its Songwriting Festival. This also serves as an opportunity to empower underrated music talents from the Philippines to harness their potential in the international music arena, and give them the necessary support to widen their reach and adapt to various challenges and trends in the industry.
Music Breaking Borders

National Artist and PhilPop Music Fest Foundation Board Member and Bootcamp Master Ryan Cayabyab puts into perspective the fascinating story and direction for original Pilipino music for which PhilPop dares to achieve. “Filipino music and songs become more meaningful, more colorful and more diverse when we tear down the barriers that separate us. The color that each language brings, the unique stories that each music creator conjures or creates, and the diversity of possible creations to choose from makes for a more exciting direction for Philippine popular music to take. Hence, we in Philpop has adopted the theme, Music Breaking Borders to achieve what we have set out. The other facet of Philpop’s #MusicBreakingBorders is, you probably have guessed – the task of Philippine pop music to break barriers in the international scene,” Cayabyab shares in a statement.

PhilPop Boot Camp coach and folk icon Noel Cabangon also emphasizes the importance of giving voice to new, original Filipino pop songs from different parts of the country, and that an overwhelming number of aspiring songwriters outside Metropolitan Manila, have produced and written material that deserves to be heard on the mainstage. “The idea of breaking borders is to somehow break the “monopoly’ of music emanating from the National Capital Region (NCR).”

Cabangon explains, “We have to admit that there is a diverse musical sound of diverse influences from the regions. Music has been one of the popular art forms that expresses the culture and way of life of the people from the region. I’m not just talking about indigenous sound and ideas but distinct people’s character and sensibility. #MusicBreakingBorders is also not just an accommodation of music from the other parts of the country, but the idea being inclusive, in the sense of original Filipino music. We somehow want to break the wall of confinement in the center and allow/open the arena, and create a broader stream. Somehow this broader stream can lead all of us to the sea and to the ocean, where borders are opening up to new ideas.”

More than a thousand entries have already been submitted, with original and unpublished compositions not restricted to any genre, and written in various languages—from English to Filipino, from Bicolano to Ilocano, from Cebuano to Waray, and more. Submission of entries is still ongoing until July 4, 2020. For more details on how to join, feel free to register online via their official website.

To date, PhilPop has produced some of the biggest songs of the last two decades, including massive streaming and radio hits performed, composed and written by Ben&Ben, Thyro and Yumi, The Itchyworms, Sam Concepcion, Johnoy Danao, Kyla, and Joey Ayala—to name a few.
The respected music institution has also created a world-class and sustainable curriculum for its annual workshops and seminars, facilitated only by the best in the Philippine music industry.

This year alone, PhilPop conducted several talks and performances online through its banner showcase, Q&A + Kwentuhan Songwriting and PhilPop Live, which can be streamed on its Facebook page.

When asked about his advice to new and upcoming composers and songwriters, Ryan Cayabyab shares a few important reminders to achieve their goals of making it to the international stage. “The balance to be original and to be universal all at the same time is the key that anyone aspiring for global recognition needs to achieve. It also means that a careful balance between science and art should be the direction to take. This will entail a lot of observation and experimentation and a lot of creative spirit and practice to get to that point where one is ready to take flight! Like all types of experiments, there will be a lot of failures along the way, so we need to be prepared for the long haul: prepared physically, mentally and emotionally.”

Noel Cabangon encourages everyone to focus on honing the talent and turning the process into a habit. “Get inspired, keep on writing, open your ears and eyes to new ideas and transform and them your own.” 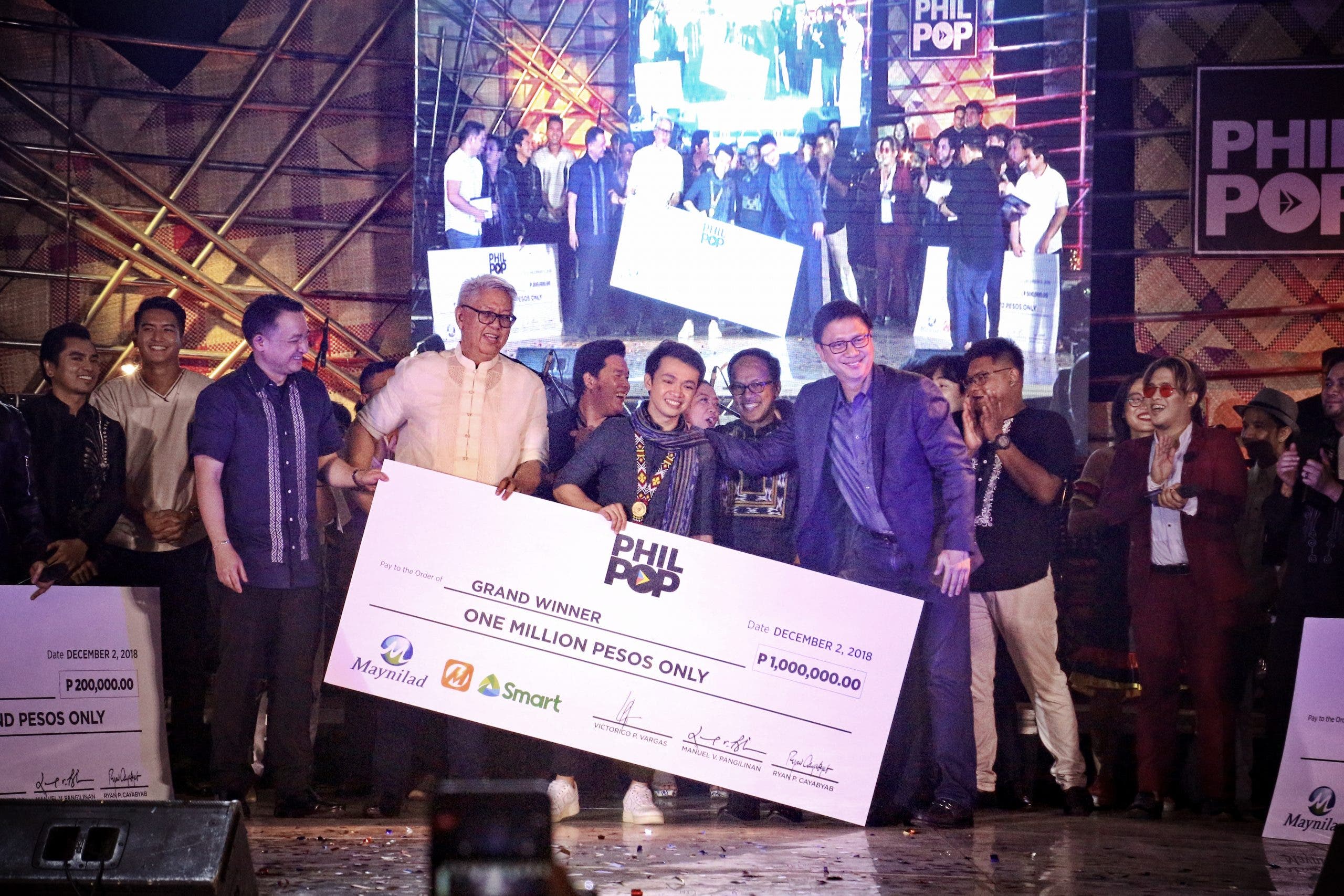 PhilPop Songwriting Festival 2020 is an initiative of the PhilPop Music Foundation, chaired by Mr. Manny V. Pangilinan. This year’s PhilPop is co-presented by SMART, MERALCO, and MAYNILAD.