Fans will discover a new side of their favorite members of MNL48, or oshis as fans fondly call them, as they bring horror and mystery in the new mini series “MNL48 Presents: Chain,” which premiered on Thursday (June 25) on YouTube. 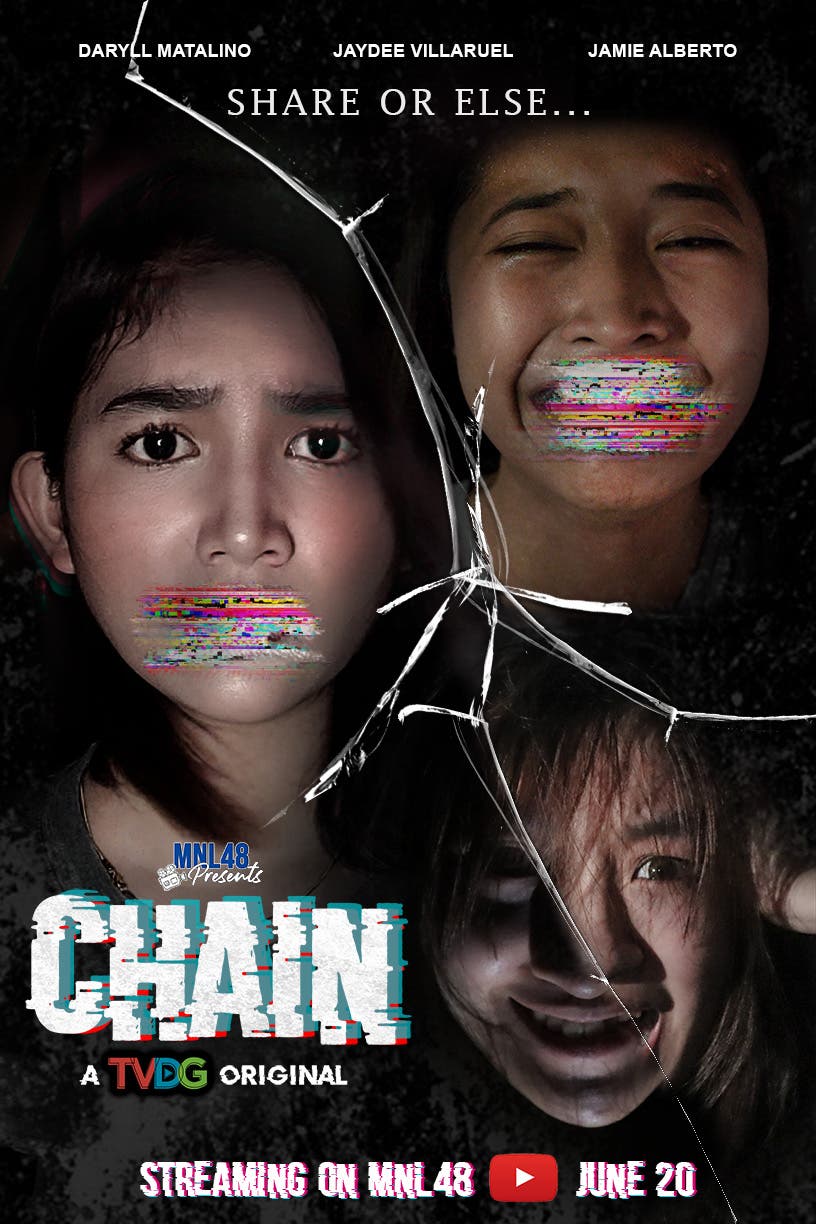 The four-part mini series features the story of Tina Severo, a student of MNL University who mysteriously goes missing and never returns home. As the tireless and unsuccessful search for Tina ends, a chain video showing her final moments circulates online, and those who receive it must share it to someone else, otherwise, their lives will be put in danger.

The fans were given the chance to vote for the series’ cast, and securing their spots were Jamie Alberto, Daryll Matalino at Jaydee Villaruel after they earned the highest number of diamond votes on the KUMU app.

Shot at the height of the quarantine period, the oshis had the opportunity to work behind the cameras as they were sent production kits to shoot themselves and be directed via video calls.

The succeeding episodes will be released weekly every Thursday.