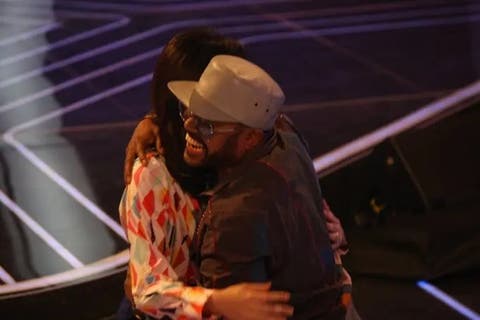 Viewers tuned in to the pilot episode of “The Voice Teens” Season 2 that featured the reunion of coaches Apl.de.ap, Sarah Geronimo, Bamboo, and Lea Salonga as its first run of blind auditions last weekend debuted strongly in nationwide ratings.

“The Voice Teens” kicked off with a national TV rating of 28.9% and beat “Daddy’s Gurl” that only registered 15.7%, according to the Saturday (February 8) data from Kantar Media.

The first round of blind auditions concluded with Team Apl seizing the first four-chair turner of the season, Matt Reyes, and Yang-yang Aloya from Batangas.

Meanwhile, FamiLea rained over the other coaches’ parade as it snatched power belter and four-chair turner Pia Banga, with the assist of coach Apl as he used the first block of the season against coach Sarah.

Using the Block Button, the coaches can user their power to block or prevent another coach from being chosen by a teen artist. However, the coaches may still get a chance to snatch their prospective talents as “steal deals” are on the table in the next rounds.

Thousands of viewers also watched the show on “The Voice Teens’” Facebook page and YouTube channel. On Twitter, netizens talked about the auditions and made the hashtags #VoiceTeens2 and #VoiceTeensPowerUp, as well as Super FamiLEA, Bamboo, The Voice Teens, Blocked, Coach Sarah Team Tala, and Coach Lea trend worldwide.

Don’t miss “The Voice Teens,” hosted by Alex Gonzaga and Luis Manzano, every Saturday and Sunday on ABS-CBN or ABS-CBN HD (SkyCable ch 167). Watch its episodes on the iWant app (Android and iOS) or iwant.ph. For more updates, like facebook.com/TheVoiceTeensABSCBN, follow @TheVoiceABSCBN on Twitter, and subscribe to the The Voice Teens Philippines channel on YouTube.